Immersion cooling is used in produce as a method of hydro cooling. Produce that is brought in from the field contains what is referred to as “field heat”. Removing field heat via hydro coolers before packaging and shipping is standard practice in the agriculture industry. This allows for the produce to be washed and slows decay, producing longer shelf life of the product. Immersion hydro coolers consist of long, shallow tanks of water. A submerged conveyor belt is located inside of the tank. Warm produce is loosely crated and put onto the conveyor belt. Inside of the tank cold water is pumped over the moving crates. When the crates reach the end of the conveyor they are removed. The cold moving water of an immersion hydro cooler is the fastest way to cool produce. In fact it is almost two times faster than any other type of hydro cooling method. This is because the chilled water continually moves heat away from the entire surface of the submerged item. It is used most commonly in bean fluming today. 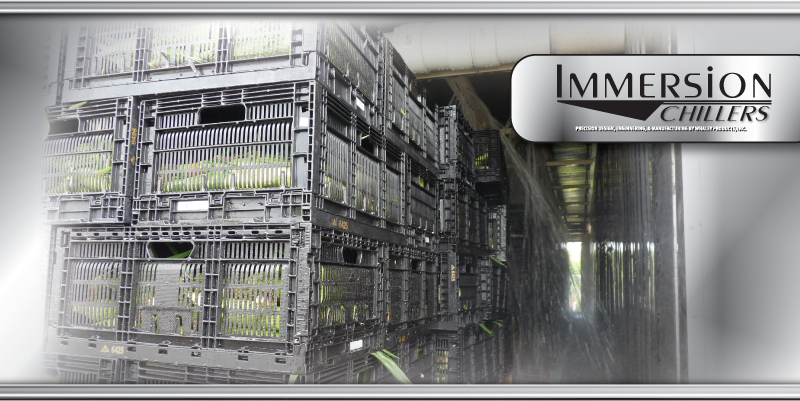